- Jasmina Metwaly, Zeros
Developed and read by Jasmina Metwaly for:
ZO0O0M ZERO, A Collective Reading and Listening, initiated by Katrin Mayer, May 30, 2021
http://c0da.org/

We can very much relate to a notion of the exhibition as being a material voice. It brings to the fore the impact of exhibitions and their histories as transformative agents across different times and places beyond the singular event; and it draws attention to their crucial role in the concrete testing new modes of narrating and relation building. Taking these thoughts further, curatorial practices have the capacity to give rise to new materialities. Beatrice von Bismarck and Rike Frank will pick up on this idea and speak about their joint inquiries into exhibition histories and curatorial research. In this context the conversation will also address approaches to archives and research that acknowledge the dynamic and plural relations in curatorial processes and traverse places of theory production, embodiment and modes of relating.
To allow the experience of a materiality of voices to sink even deeper, the artist Katrin Mayer will bring in her research project c0da, as it deals with feminist methods of coding and writing. She is developing a web publishing site in close collaboration with designer and programmer Anna Cairns. c0da combines the history of the computer as HERSTORY with feminist modes of writing. Moreover, Katrin invited a group of artists, writers and art historians to contribute and some of them engaged in a series of correspondences loosely referring to figures like zeros, circles, holes and ooos, not least because of the zeros and ones in computing, and their impact on feminist theory and philosophy, but also because of their respective plasticity.
Listening to these voices and revisiting the title of the event, who decodes and codes whom, writing, listening and recording runs through the material act of building narratives and constellations, of the materiality shaping the materiality, of the relation to relations. This in turn brings us to one or two questions: in which way can curatorial research participate in generating and shaping other relations than those already existing within the curatorial field? And how can it contribute to the materiality of the disarticulated relations?

*Material Voices: Feminist genealogies of the work of making exhibitions is curated
by Bulegoa Z/B 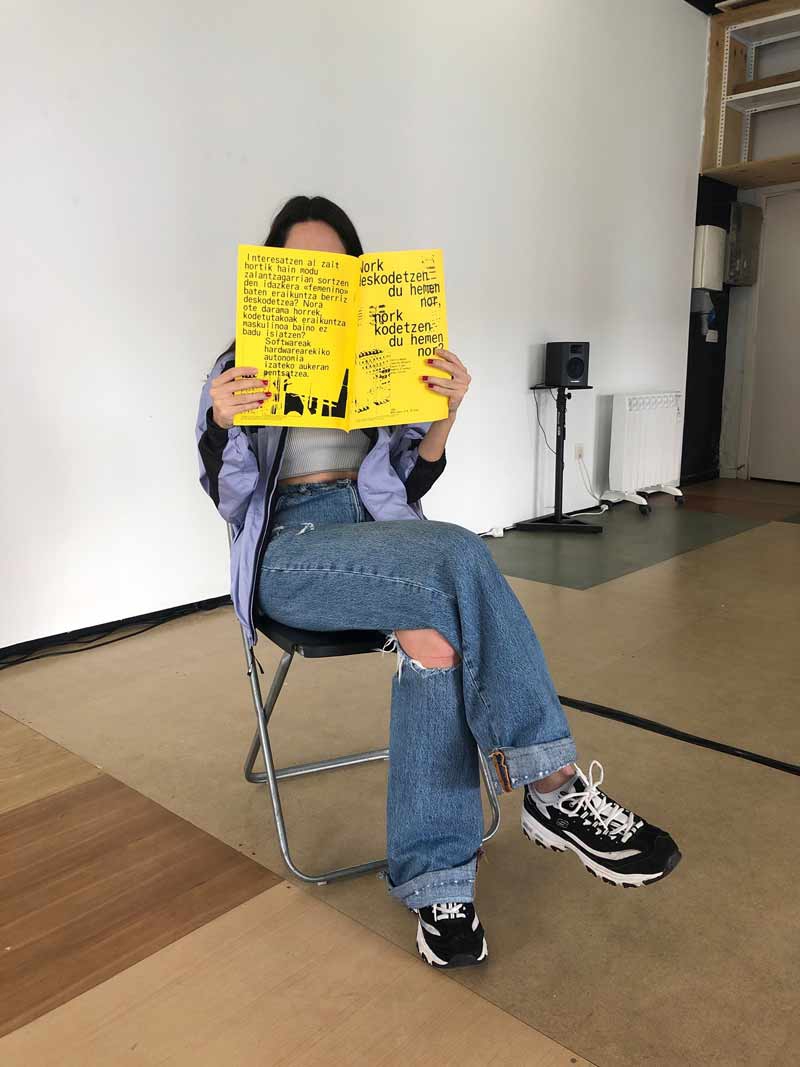