What is an archive? What is a collection? What are the relationships between the documents stored in archives and objects stored in collections concerned with memory, identity, history, and politics? What narrations are implied in them and towards which possible other ways of reading could they be expanded? The collaboration with the Van Abbemuseum in Eindhoven is a joint consideration of the significance of archives and collections, which play a major role in the current reconsiderations of artistic practices and conservations in the realm of the museum. The project proposes a series of artistic and curatorial approaches, which formulate individual and fragmented art histories, archives and collections, undermining more canonized modes of operation and opening up alternative interpretation. Alongside the exhibit Living Archive – Mixed Messages of the Van Abbemuseum, which includes works by Francis Bacon, Robert Indiana and Paul McCarthy, works by Michal Heiman, Hannah Hurtzig (both originating form the collection of the Van Abbemuseum) and Katrin Mayer offer a range of processual and amenable strategies of collecting and archiving. Given the failure of many institutions to present parallel histories of their collections, the artists themselves started to search for their own individual historical trajectories that might upset the established canon. They created their own art narratives, archives, and collections.

Katrin Mayer has staged a setting made of draperies and wall elements, unclosing varying room segments for artistic contributions, for the presentation of the Van Abbemuseum as much as for the additional events of the programme. In referencing the conceptual frame of the archive, these transparent curtains produce a constant sense of movement within the space, which neither point towards a clear centre, nor to a linear structure to ease the perception of the space. Just as archives are not perceivable without an impulse from the outside, Mayer’s translucent materials relativise the differentiation between the inner and outer spheres of this space, pointing to the necessity of their collaboration.
Based on the publications of the Kunsthaus, Katrin Mayer has developed a second work for the KUB Arena with title "suocha, finda, läsa..." (local Vorarlberg dialect for "search, find, read...."). In the process of a ‘scattered reading of the “exhibition archive” on the Kunsthaus’ entrance counter, she copied a wide range of text and image fragments from the books of the KUB and has rearranged them to form a newly specified context, producing a distinct legibility of the materials and enabling and interrogating a new frame of visibility for them. The motifs and narrations Mayer chose formulate a relation to the space in which they are shown and are thus an archival practice in themselves.

This presentation is accompanied by a selection of materials and artworks from the project Living Archive – Mixed Messages, which is part of an exhibition series curated by Diana Franssen, which took place at the Van Abbemuseum in different formats and sequences of time. Mixed Messages shows three selected works from the collection of the museum from various perspectives and visualizes the recourse to documents from the archive, the ‘how’ and ‘why’ specific works were included into the collection, how often they are on display and how their reception changes through time. Each work is largely influenced by the social, political and economic factors and as such acts as a medium of given ideologies as well as of national identities. The thematic contexts, in which the works of Francis Bacon, Robert Indiana and Paul McCarthy are shown, enable a reading which exceeds the realm of art’s immanence and makes them perceivable as the results of social, political and economical factors.

From the 22nd of February 2011 onwards, the project will be extended to incorporate the works Heiman Test – Experimental Diagnostics of Affinities by Michal Heiman and Flight Case Archive by Hannah Hurtzig, which both activate the museum’s visitor to himself interact with the materials of the archive, or rather, to experience the impossibility of their unambiguous reading. 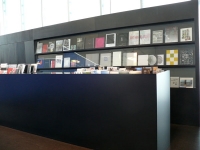 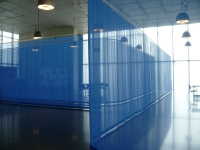 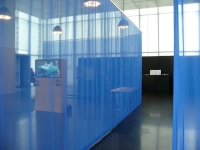 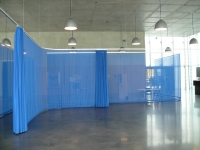 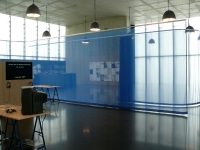 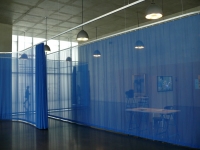 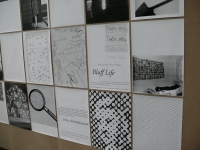 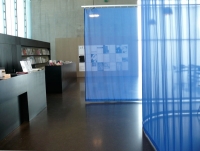 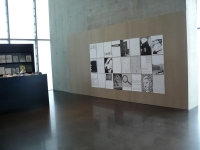 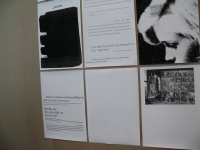 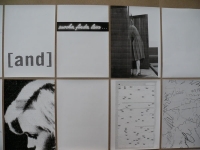 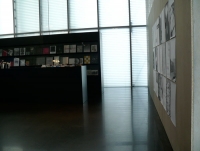